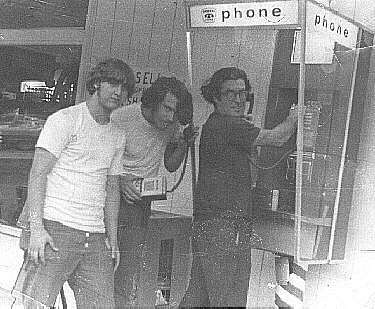 All recordings on this page are copyrighted by their respective authors.

Phone Tripper and phone phreak Evan Doorbell tape recorded hundreds of hours of material during the 1970's from home phones and payphones around the United State. He has a beautiful radio-announcer voice and enjoys editing his material into narrated tapes with explanations and examples of many topics about the old telephone network and classic phone phreaking. Those narrated tapes traditionally resided on this PhoneTrips page.

Nowadays, Evan maintains a YouTube channel with the most up-to-date collection of his narrated tapes, broken down into categories and playlists. You should really go over there for the best Evan Doorbell experience. But for old times sake and tradition, the following are the recordings traditionally hosted here.

Evan Doorbell tells the story about how he got interested in phones and recording phone sounds.

The following recordings of phone trips and switching sounds were contributed by Evan Doorbell.  He has many more,

Phone tripper Mike Tate visited a United Telephone payphone in Winter Park, FL, on the night when their NX1 switch was being replaced with a Northern Telecom DMS100 switch. He made two recordings documenting this event. The first is playing around dialing various numbers with the NX1. The second starts with a reorder (fast busy) signal coming from the NX1. He let the busy signal go until the switch was taken out of service and the tape rolls until the new switch gives the dial tone.

Mike says that the DMS 100 is still in service.

The following are excerpts from an episode of the old TV show The Rockford Files. Watch it and trust me, you will be amazed (unless you already know about this, because it it fairly well known.) 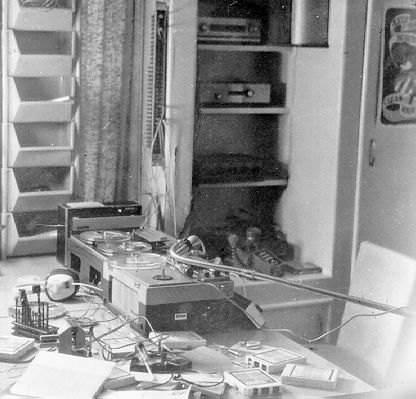